Is it acceptable to wear military surplus in the digital age, or should we be more mindful of its connections with the battlefield?

When it found its way to me it was at least third hand. The faded green parka, my brother’s before mine, was my coat of choice for bonfires and fishing trips. When I think of it now—grubby, worn, and with a frayed German flag on the sleeve—it brings back warm memories of cold days by the canal, a tin of maggots in my pocket and the small talk I shared with my dad as we stared at the luminous orange tip of a fishing float in muddy water.

I never questioned its history. It was just a coat and a practical one at that. It was cozy and long enough to sit on; it had sufficient pockets to hold a penknife, the squashed sarnies my mum had made, a flask of tea, and space to spare for any good stones we found on our walks along the canal path or banks of the River Trent.

On those overcast days in Nottingham, I never gave it any thought who might have worn the coat before, where and why. I very much doubt it ever saw combat. It was probably worn by a slightly older kid, in another muddy field, a conscript or volunteer—someone not that different from myself.

“THE REFERENCING OF ARMED SERVICES UNIFORMS IN FASHION GOES BACK CENTURIES — TAKE THE MODERN SUIT WITH A LINEAGE THAT CAN BE TRACED BACK TO THE UNIFORMS OF THE NAPOLEONIC-ERA FRENCH ARMIES — BUT EVEN IF WE FOCUS SOLELY POST-WORLD WAR II, THE ITERATIONS ARE COUNTLESS.”

Twenty years later, that particular coat may have passed on to a nameless other, but ex-military clothing still features heavily in my wardrobe, and in my work as a stylist. Only lately, though, have I started to ask the question: is it acceptable to wear clothes made for, and possibly worn on, the battlefield?

The referencing of armed-services uniforms in fashion goes back centuries. Take the modern suit, with a lineage that can be traced back to the uniforms of Napoleonic-era French armies. But even if we focus solely on military apparel post-World War II, the iterations are countless. From subcultures like the Beats with their naval duffle coats and British Mods with fishtail parkas, all the way to epaulettes and appliqué badges on garments in high street stores such as Topshop, the influence of military-style remains ubiquitous.

For the teenagers of the 1950s and 60s, wearing coats from demobbed personnel had a degree of practicality and even ingenuity to it. This was the beginning of teen culture, before mass-market fashion had its say, a time when kids were looking to express their individuality but had limited options. The answer was to make their own clothes or appropriate what was readily available, and in the postwar era, disused military items were both accessible and relatively cheap.

For others, imbued in their choice was a message of protest, either against war itself or against the establishment, think John Lennon at Madison Square Garden in his army tee and OG-107 utility shirt or Jane Fonda on the FTA (Free The Army) tour sporting an oversized khaki number. Putting on military shirts or jackets allowed protesters to make anti-war statements while still showing solidarity with the young men and women fighting in those wars.

For the Black Panther Party, matching military-style outfits and berets made for a powerful and enduring image that struck fear into the heart of the establishment, and when the rap group Public Enemy mirrored this in the 90s with their black field jackets and pillbox hats, the look was still brilliantly subversive and threatening to some. To close the circle, it was around this point that skaters adopted fatigues and combat pants because, much like for previous generations, these items were practical, durable, and cheap.

"The one thing all these groups have in common is that they all belong to counterculture; they were groups on the fringes. They weren’t the establishment and they weren’t cheerleaders for state-waged war. They were the rebels."

The one thing all these groups have in common is that they all belong to counterculture; they were groups on the fringes. They weren’t the establishment and they weren’t cheerleaders for state-waged war. They were the rebels.

We see this echoed in mainstream culture where army surplus items became the visual symbolism for the outsider; roles such as John Rambo (Rambo), Frank Serpico (Serpico), and Travis Bickle (Taxi Driver) all characterize this. Toward the end of the 90s, this was all about to change.

The mid-90s heralded a shift in the UK, a time of relative prosperity and optimism. The country was finally coming out of Thatcher’s Britain into a more positive phase. Life was moving away from just being about mortgages and getting by; it was about being cool.

Bands such as Blur and Oasis were ruling the airwaves and appearing on the covers of publications like The Face and SKY Magazine, the YBAs (Young British Artists) were taking over high art with Tracy Emin and Damien Hirst becoming household names, and even the Prime Minister seemed cool-ish (at the time).

This change was reflected in fashion. In the previous decades, being at the vanguard of style had been for a minority, a small group that led the way and called the shots, while the rest lagged a long, long way behind. But the commercialization of culture acted as a catalyst for cutting-edge fashion to become more mass market. On top of this, a weariness for all-things-denim had many designers looking further afield for new ideas. Although many had turned to military designs before, it was the British streetwear brand Maharishi and their now iconic Snopant that made military-influenced style a mainstream phenomenon.

The wide-legged utilitarian trouser, now synonymous with late-90s fashion, became the “it” pant. As a result, jean sales plummeted and the style was taken up by almost every brand. It became impossible to walk down a British high street in 1998 without feeling like an amateur militia was stalking you.

They were worn by parents on their school runs and by football lads alike; celebrities, such as Brad Pitt, Jennifer Aniston, and Victoria Beckham, all got in on the look. The style of the outsider had become mainstream fodder. Military-themed items were no longer a symbol of rebellion, they were now stripped of their meaning and sold in high street chain stores in every town in Britain.

The mass-adoption of military style has distanced us all from the history and stories behind such garments; a compound process where each time a look is reinterpreted it gets a little further away from its origin, until—as with suits—most of us can’t make the connection at all.

Buy from an army surplus store and, of course, the connection is there, but most of us don’t get the chance. Be it a skate brand or a catwalk collection, the influences are often so numerous and nuanced that it’s hard to spot the military history in the items we buy. And by the time it reaches the chains, and designers are referencing each other, the catwalk, subcultures, second-generation subcultures, cult brands, and their marketing departments—it’s like trying to decipher a ripped-up book. Utility pockets cease being a place to store your ammo and become ‘technical details’, epaulettes are ‘smart’ add-ons, combat pants are ‘tough’, and camouflage ironically is ‘urban’. But maybe this loss of a connection between the consumer and the battlefield is a good thing; any power the latter had is disappearing into nothingness.

“Maybe it’s time to bring a little bit of meaning back into our wardrobe, to raid the army surplus store instead of buying yet more throw-away fashion. To wear military-influenced items and find out the fascinating and sometimes uncomfortable stories behind them. To wrestle the rebel spirit back from the chain stores and to resist the urge to put up a picture of yourself doing that with the hashtag #rebel4life.”

Today, things are changing still. The world has paradoxically become both bigger and smaller. We’re now not only contending with the sensitivities of our local community but of a global one. The internet and platforms such as Instagram connect us to contemporaries across the world, people we’ve never met and whose lives we know very little of. Cultural cues and life experiences of those we connect with in this digital age can vary enormously.

What military clothing represents to someone in Britain, a country that hasn’t felt the impact of war on its home soil for decades, or been brutalized by militias, will be very different from someone who has experienced conflict firsthand, and this of course should be a consideration.

On the flip side, the globalization of mass culture—where it’s all online, where you can drink in identikit coffee shops across the globe, and everyone owns an Ikea-something—means local symbolism is becoming a thing of the past. Combat fatigues are not for war, they’re for whoever can afford them, and shipped to your door 24/7. Just another item in a world-encompassing monoculture of vapid consumerism.

So rather than getting caught up in some sort of “morality spiral” of whether it’s woke to wear army surplus, perhaps it’s this homogenization of culture that we should be worried about?

Are we stuck in a global echo chamber of style and fashion, where “cool” is just wearing the same labels as our friends and posting it on social media?

Maybe it’s time to bring a little bit of meaning back into our wardrobe, to raid the army surplus store instead of buying yet more throw-away fashion. To wear military-influenced items and find out the fascinating and sometimes uncomfortable stories behind them. To wrestle the rebel spirit back from the chain stores and to resist the urge to put up a picture of yourself doing that with the hashtag #rebel4life.

The people featured in this story are not associated with DISPLAY COPY and do not endorse it or the products shown. 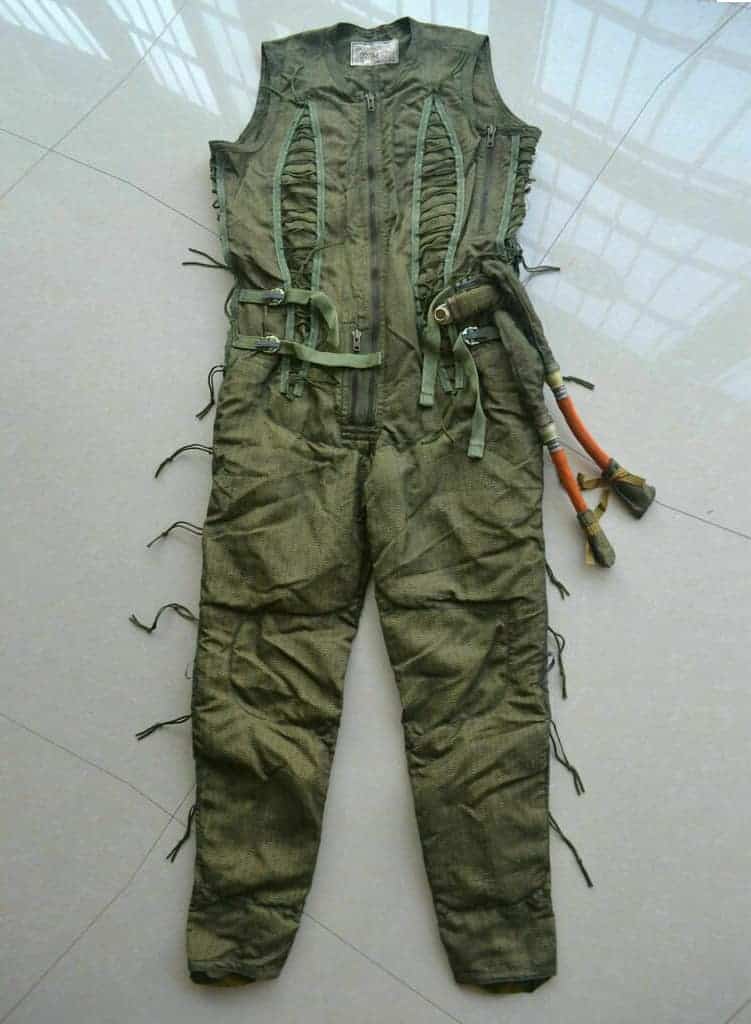 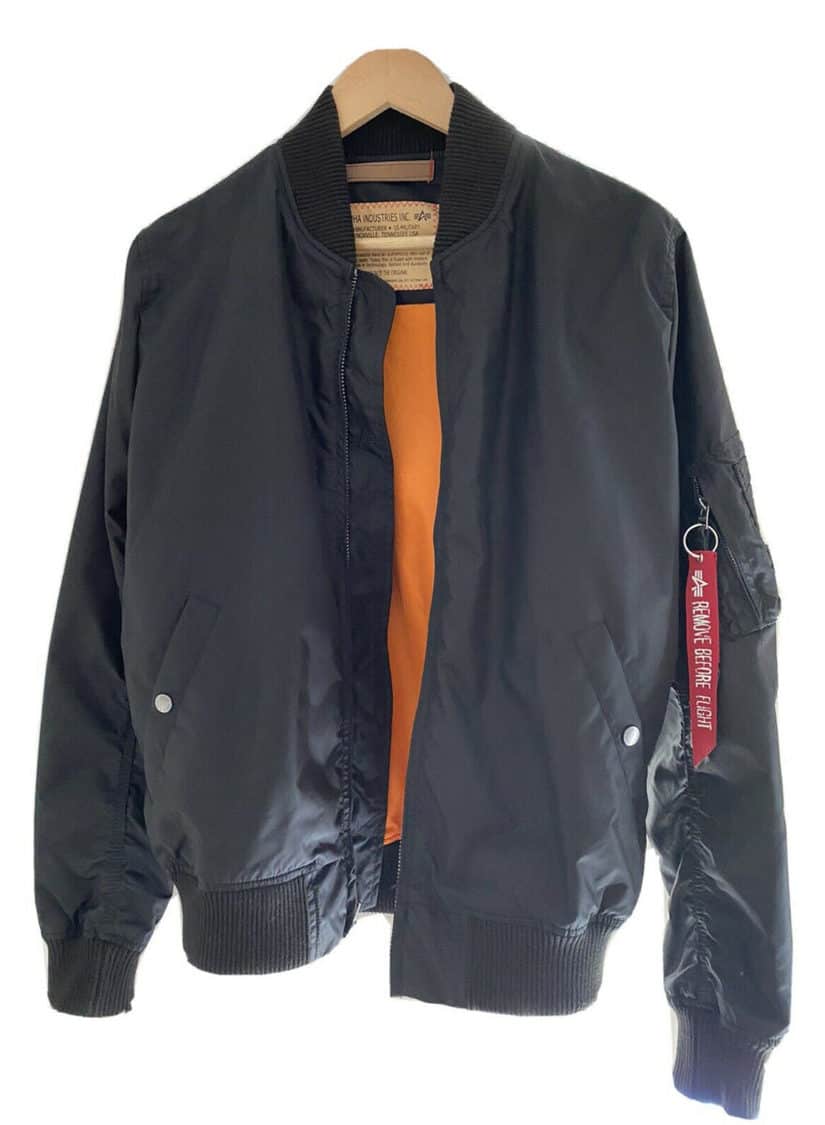 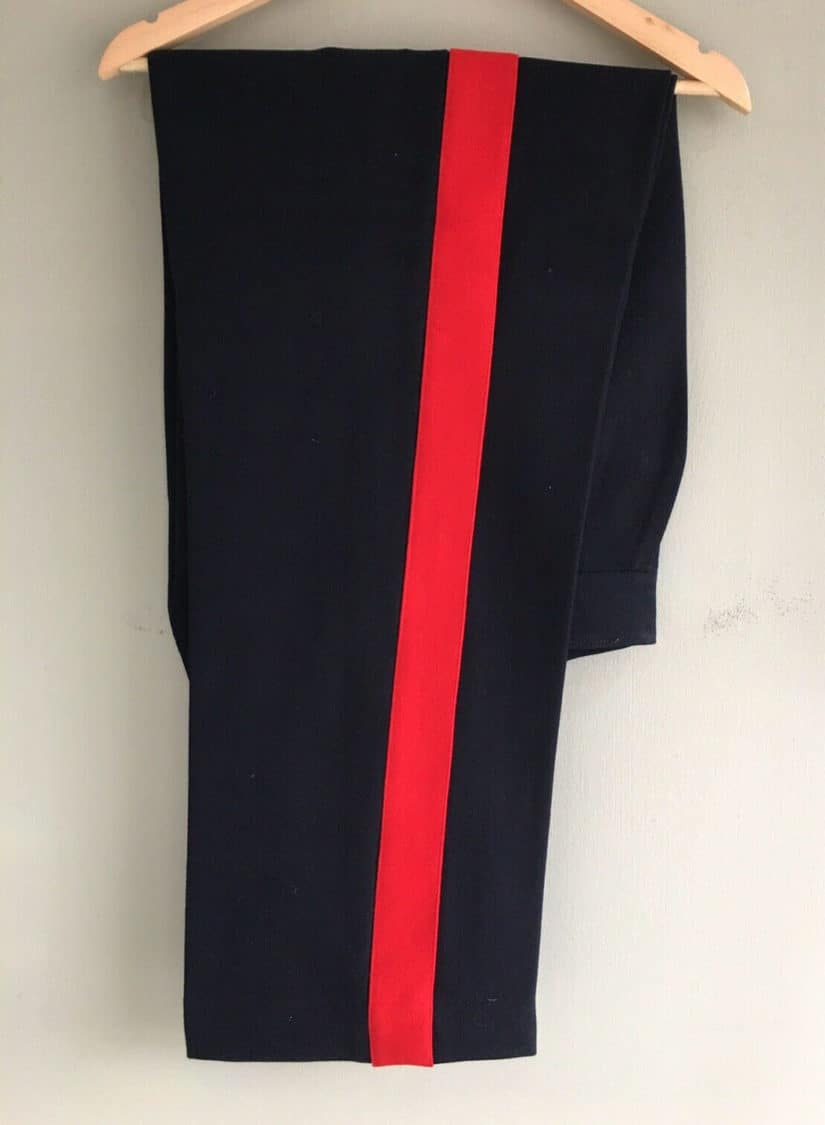 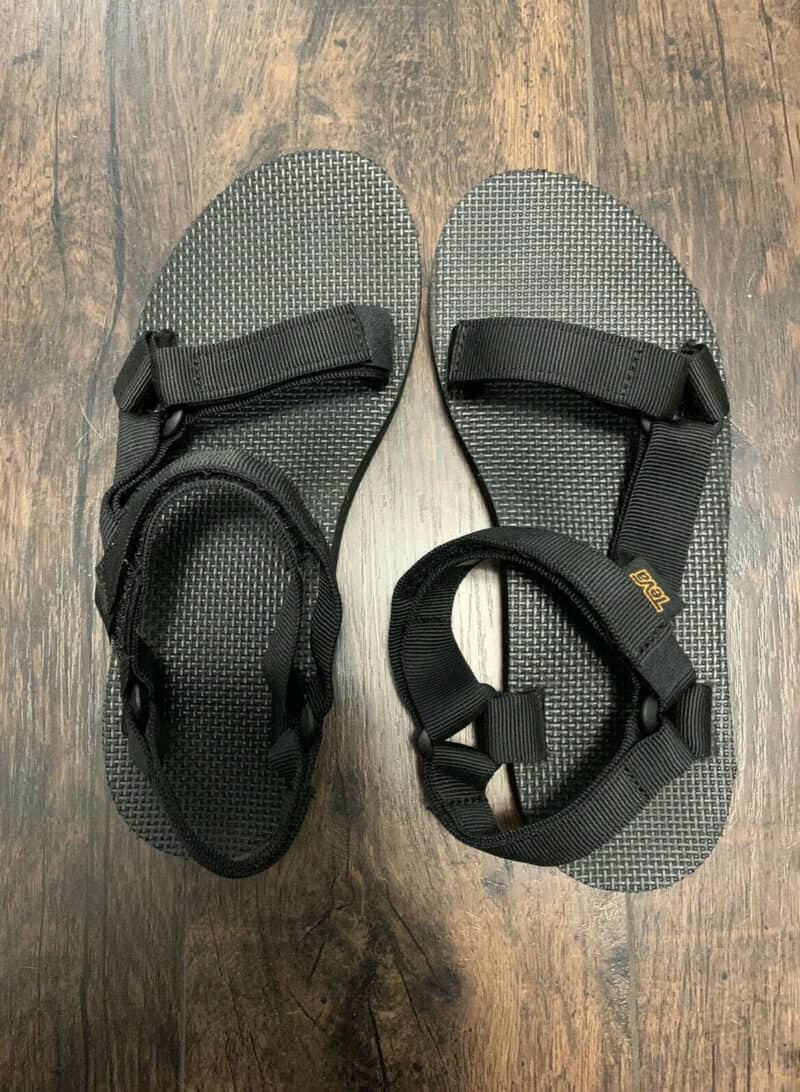 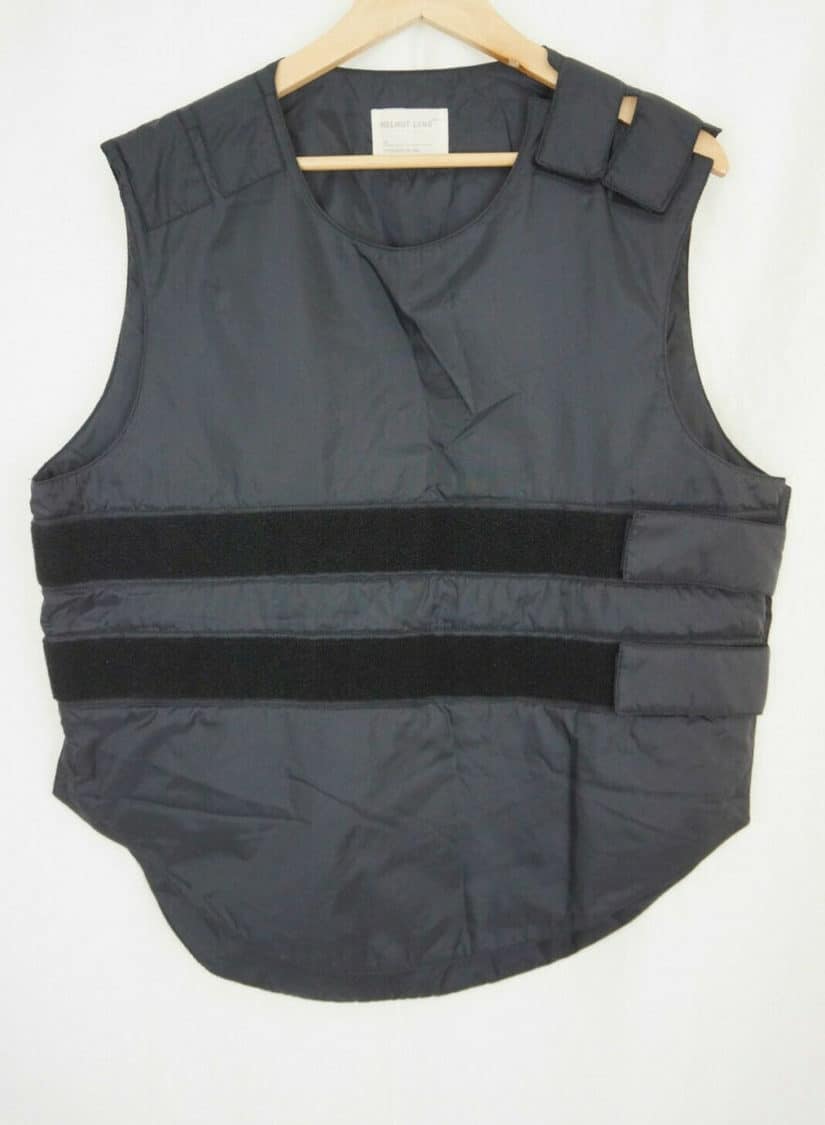 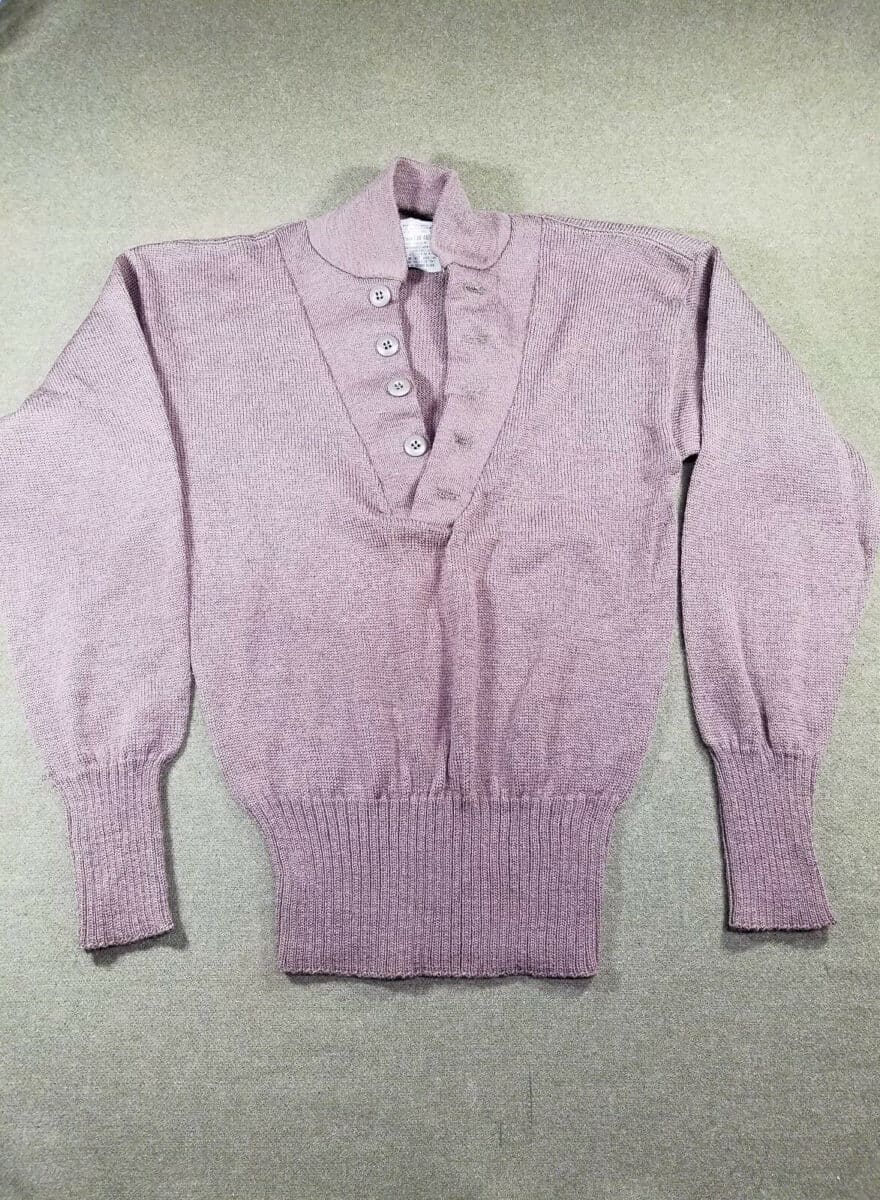 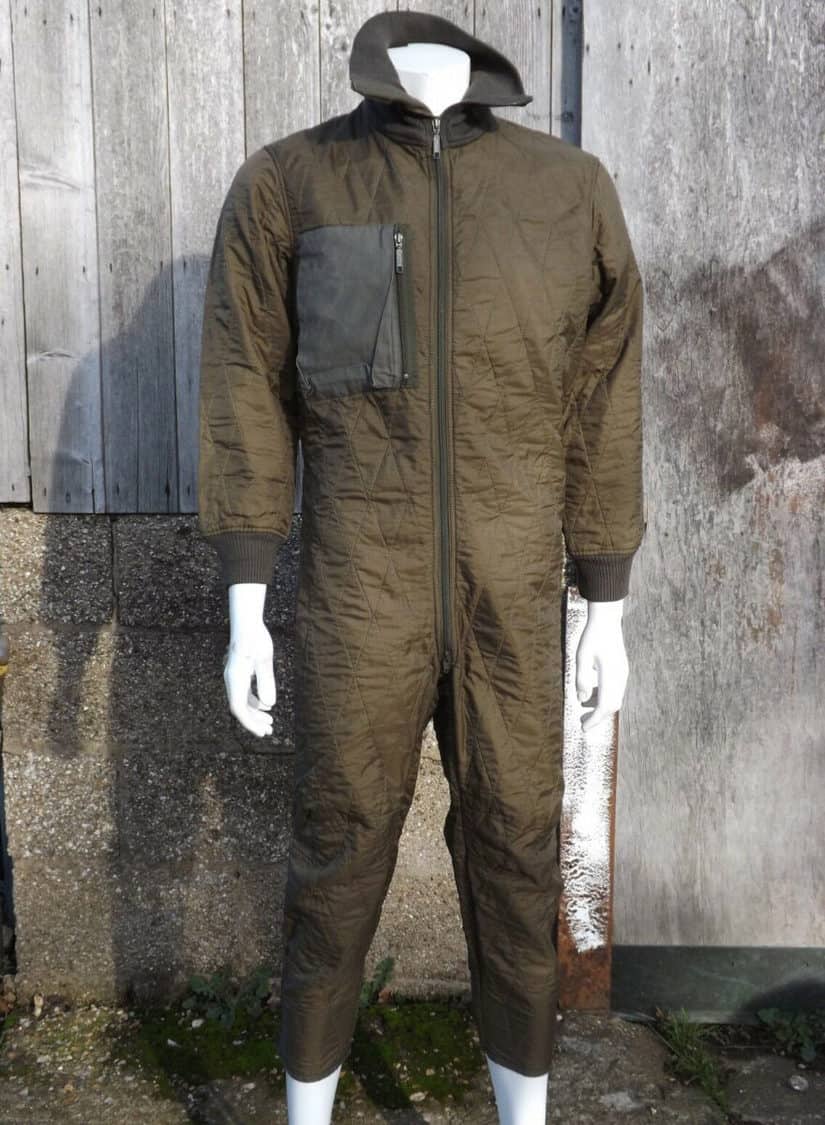 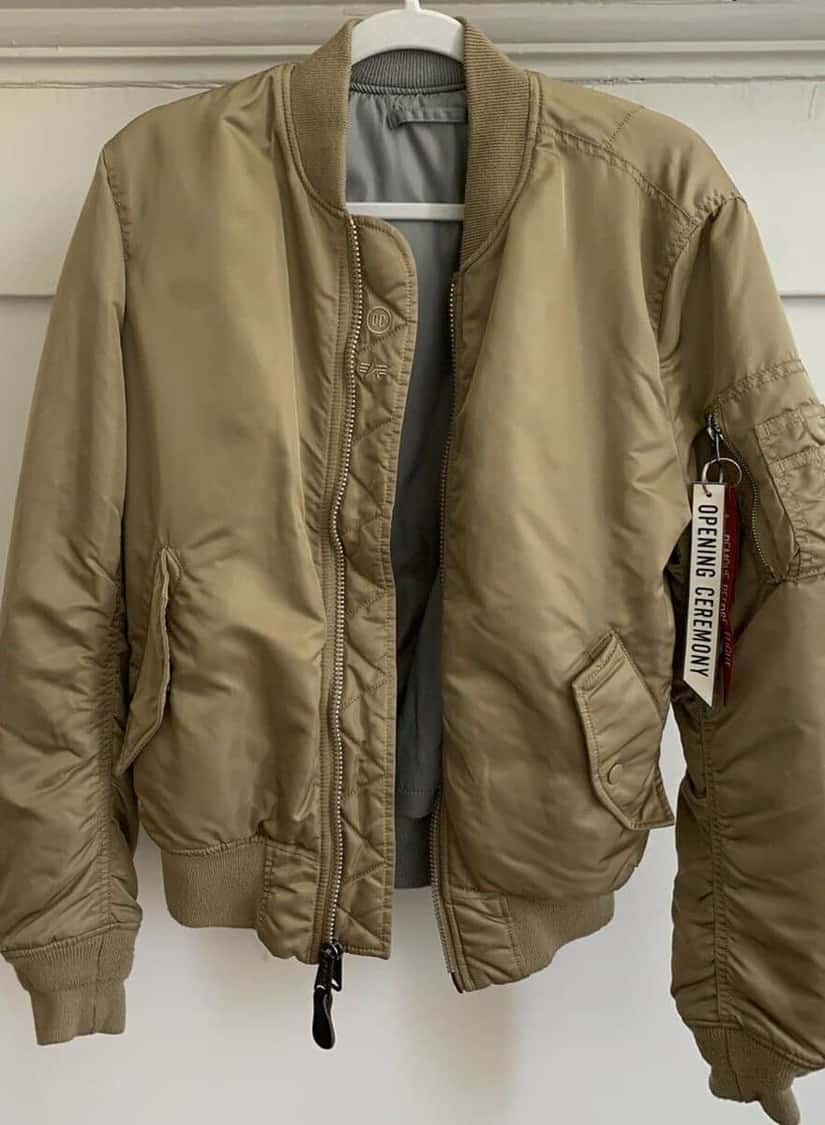 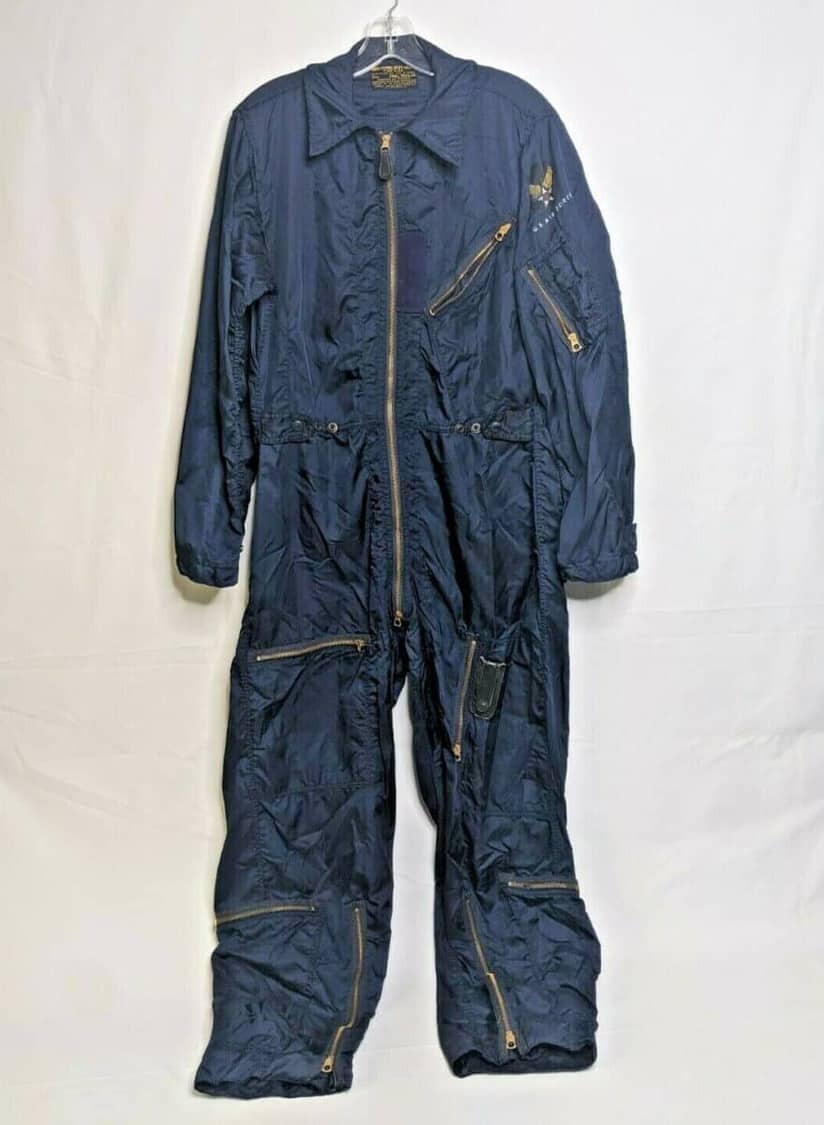 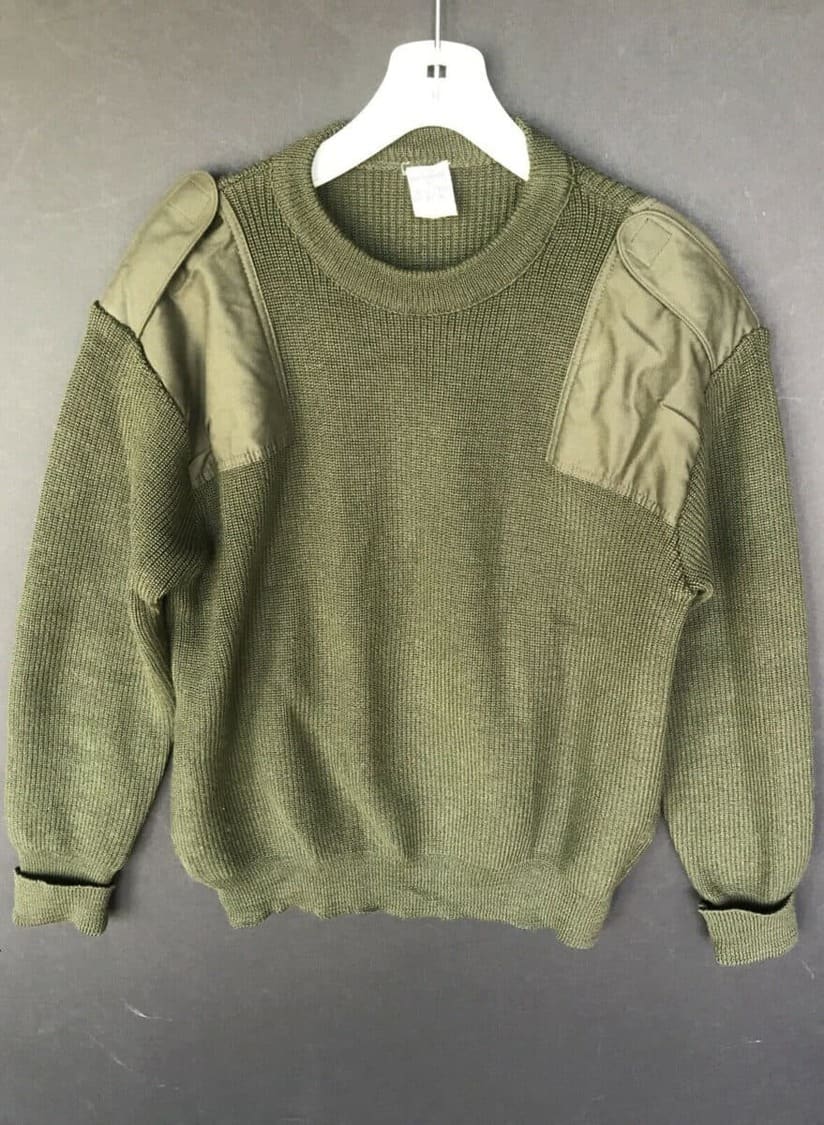 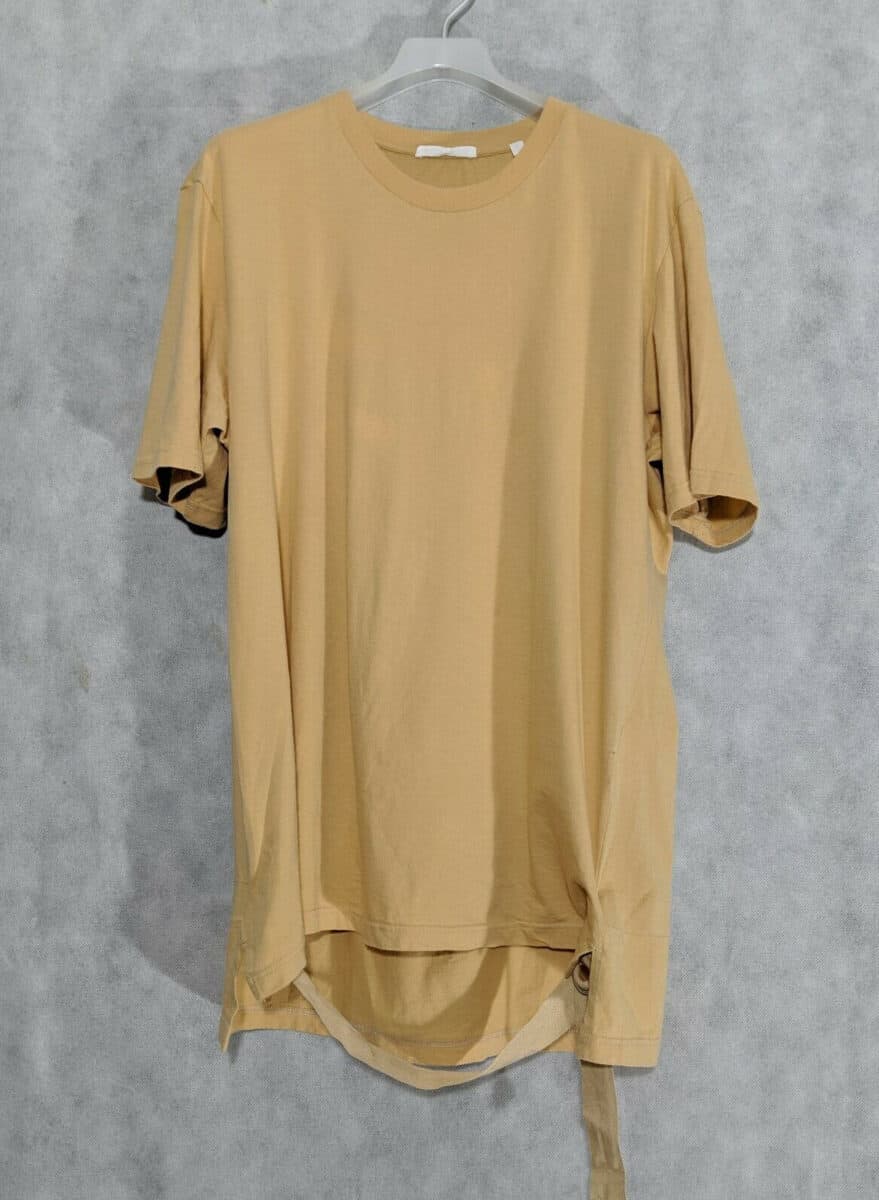 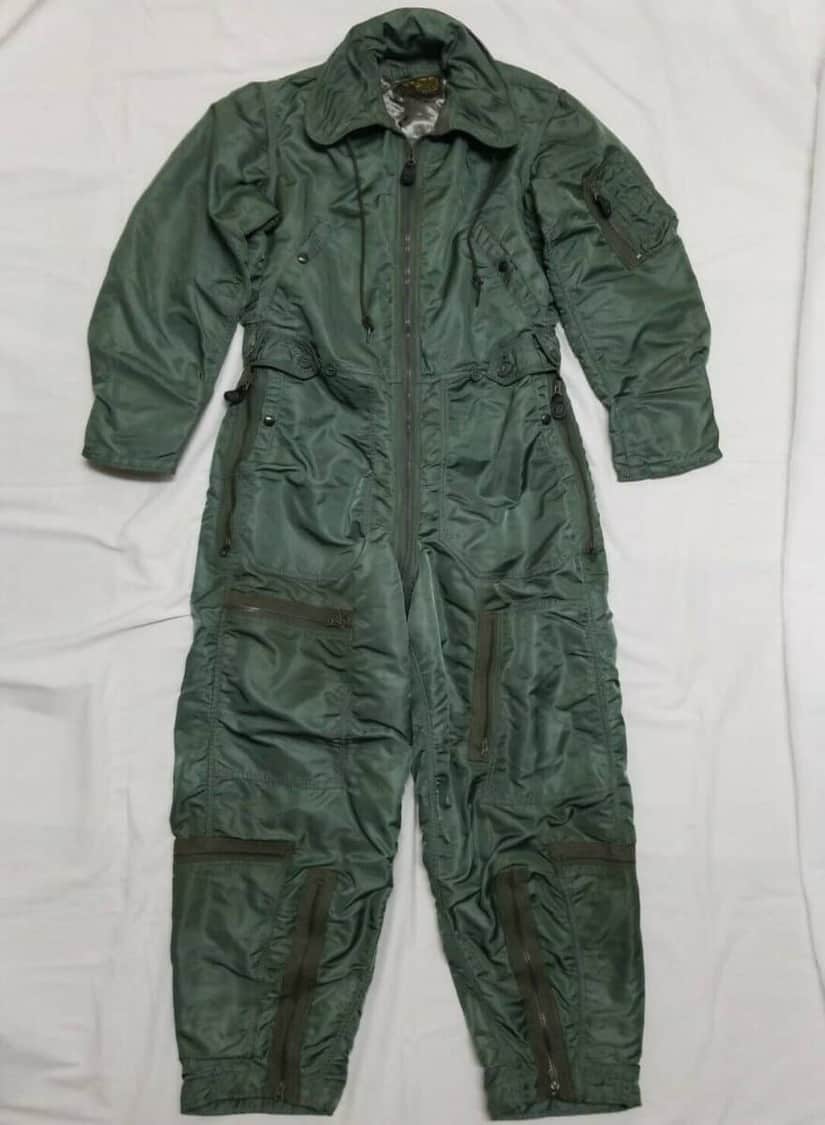 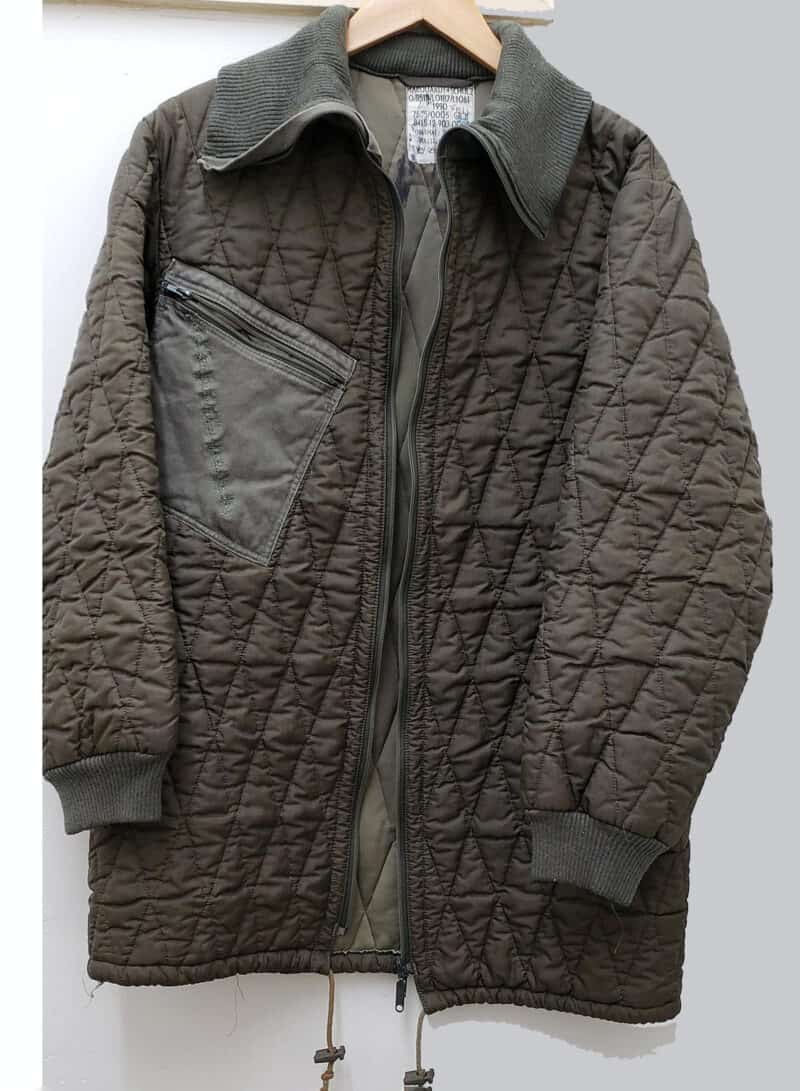 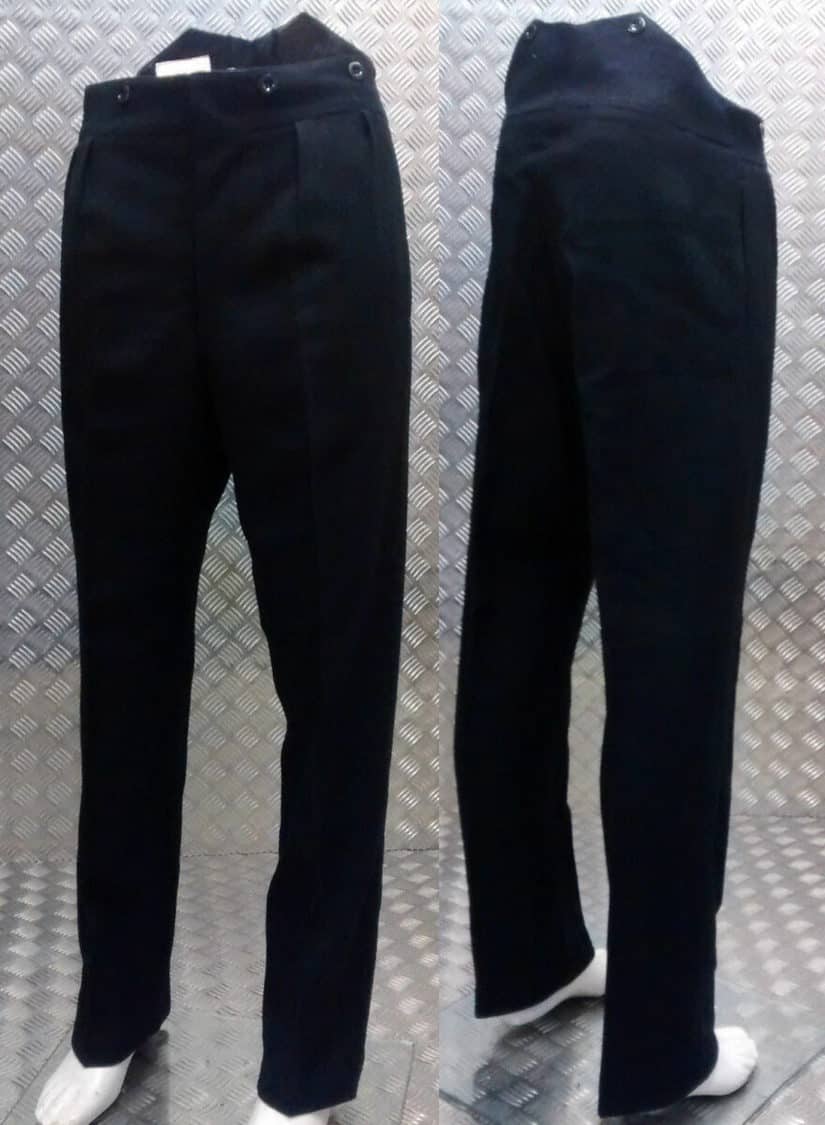 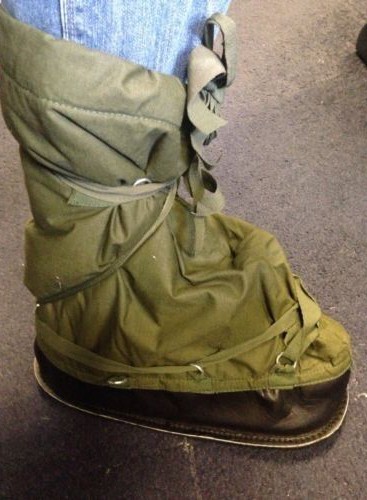 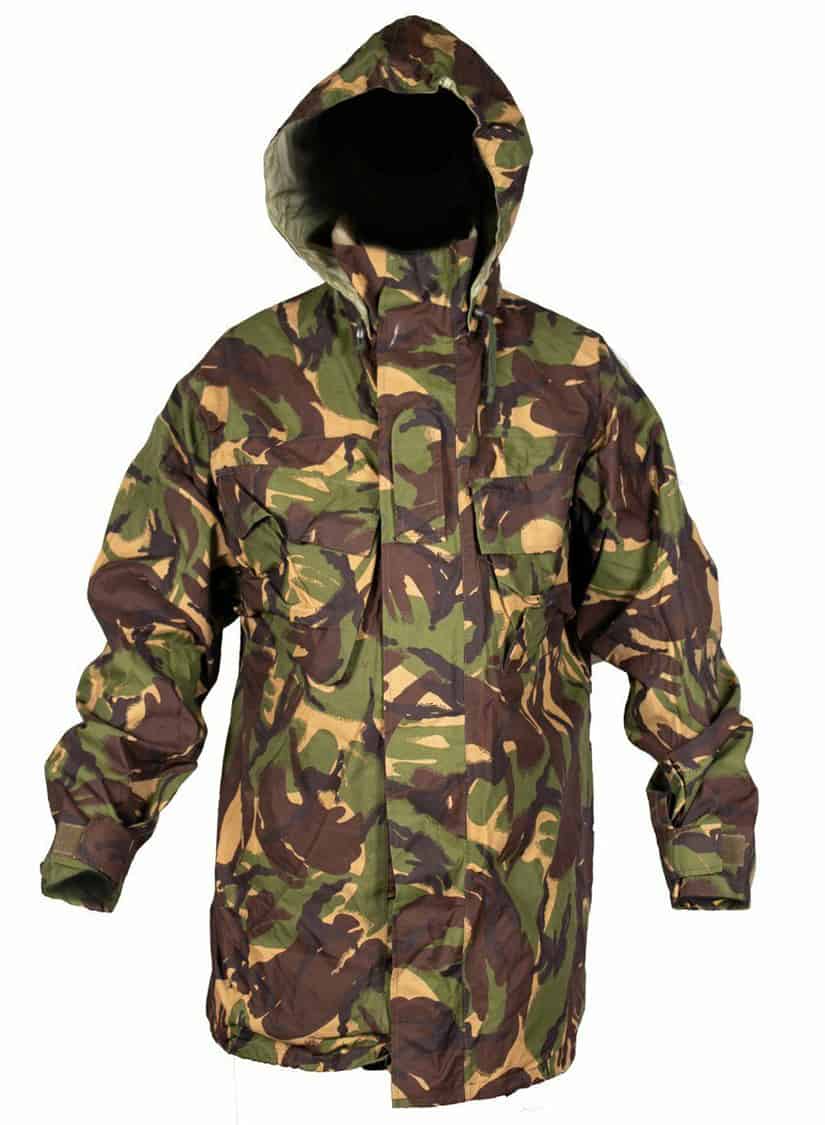 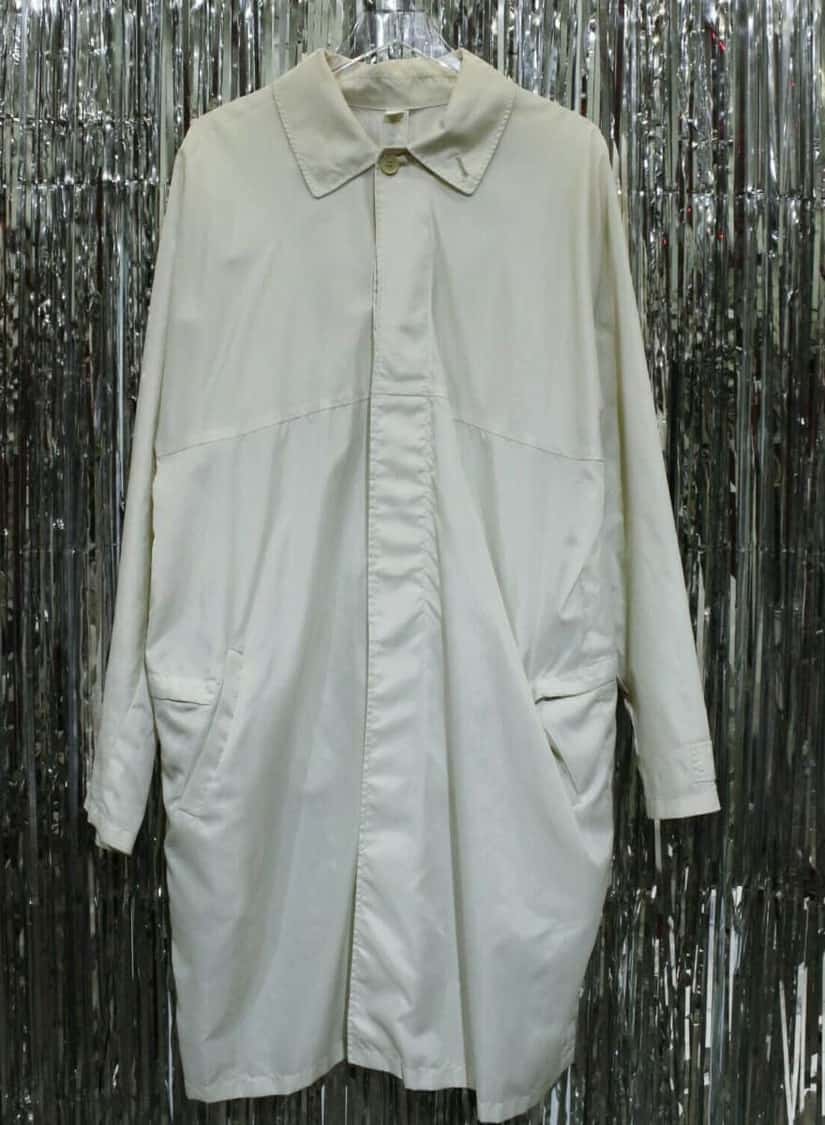 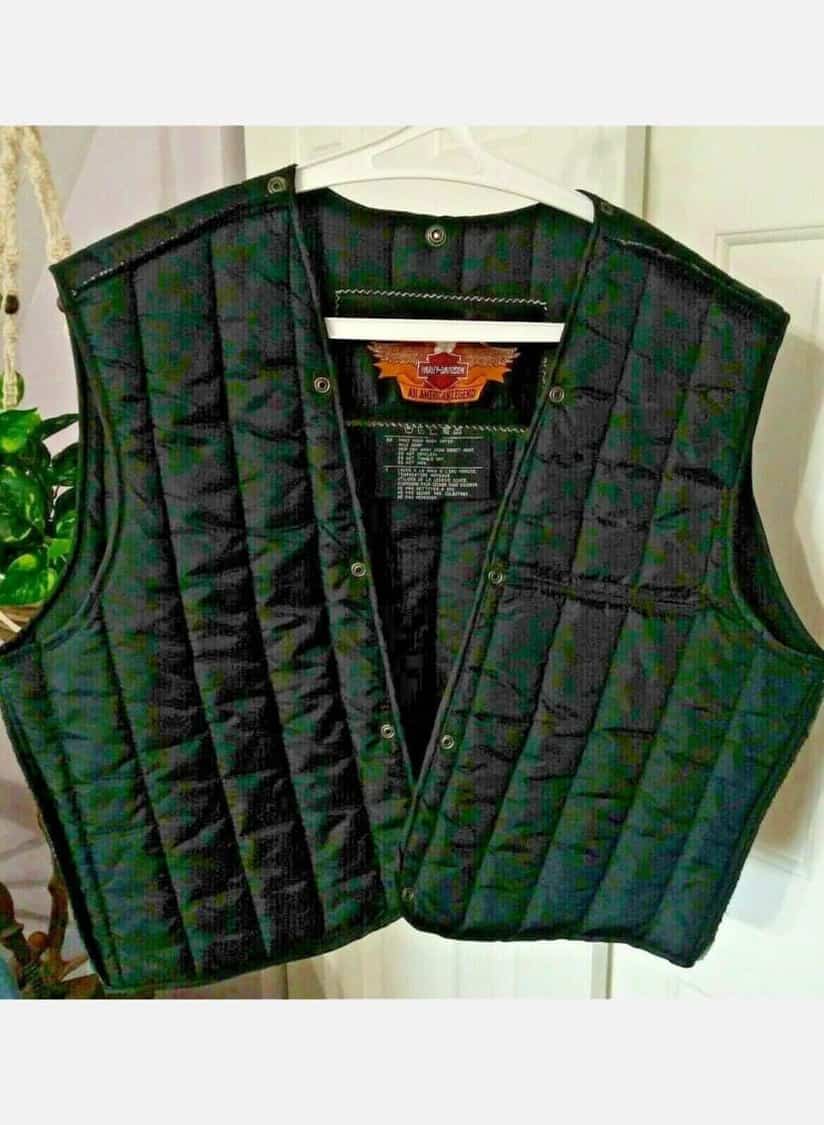 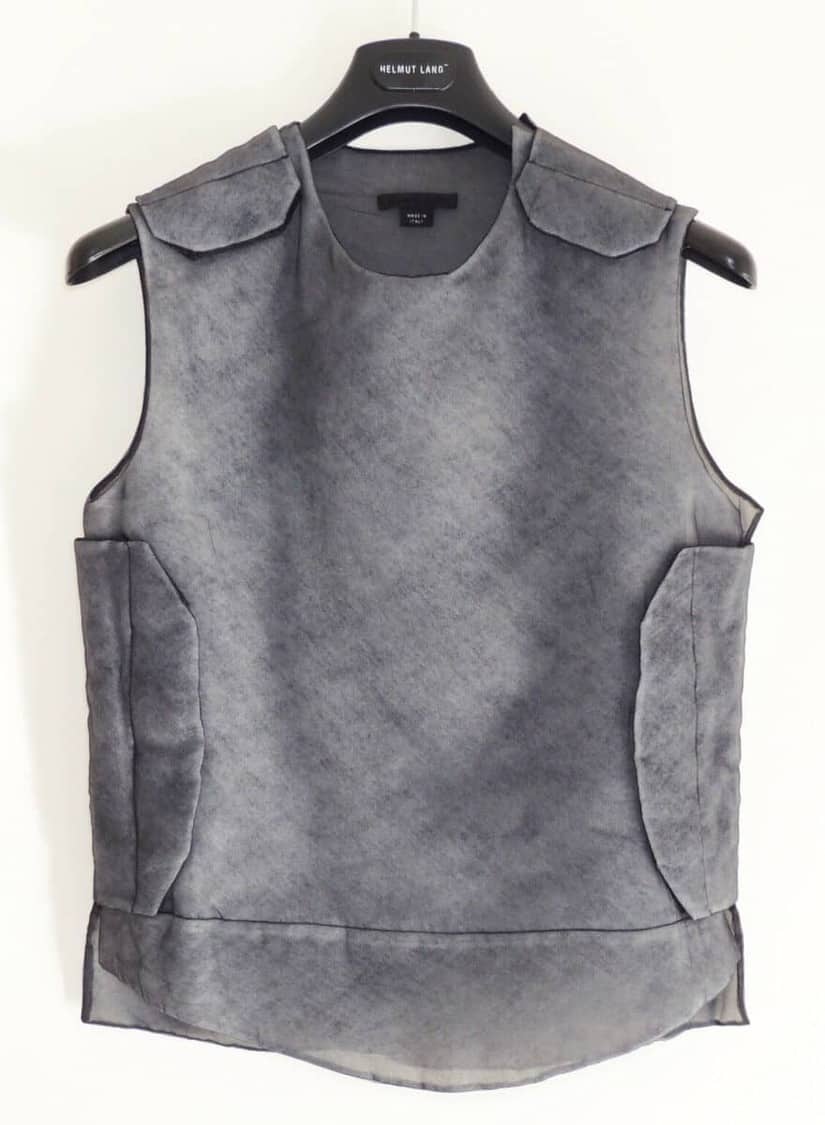 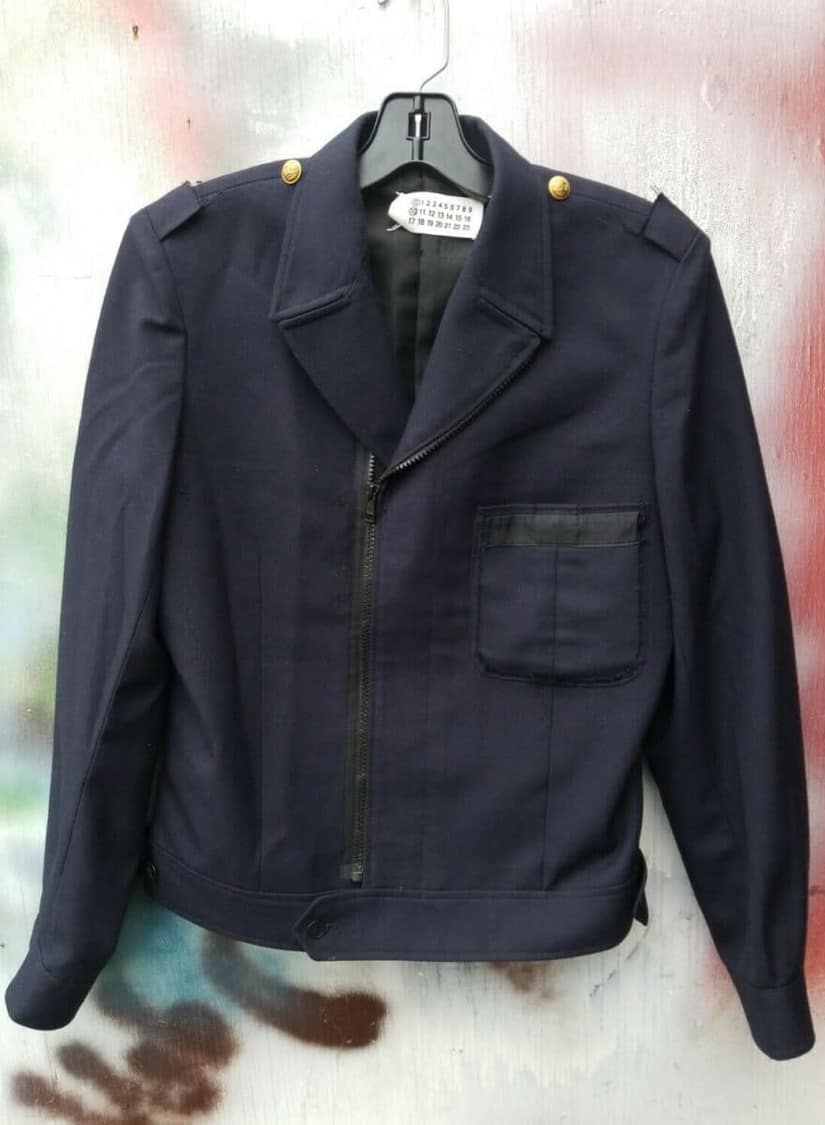 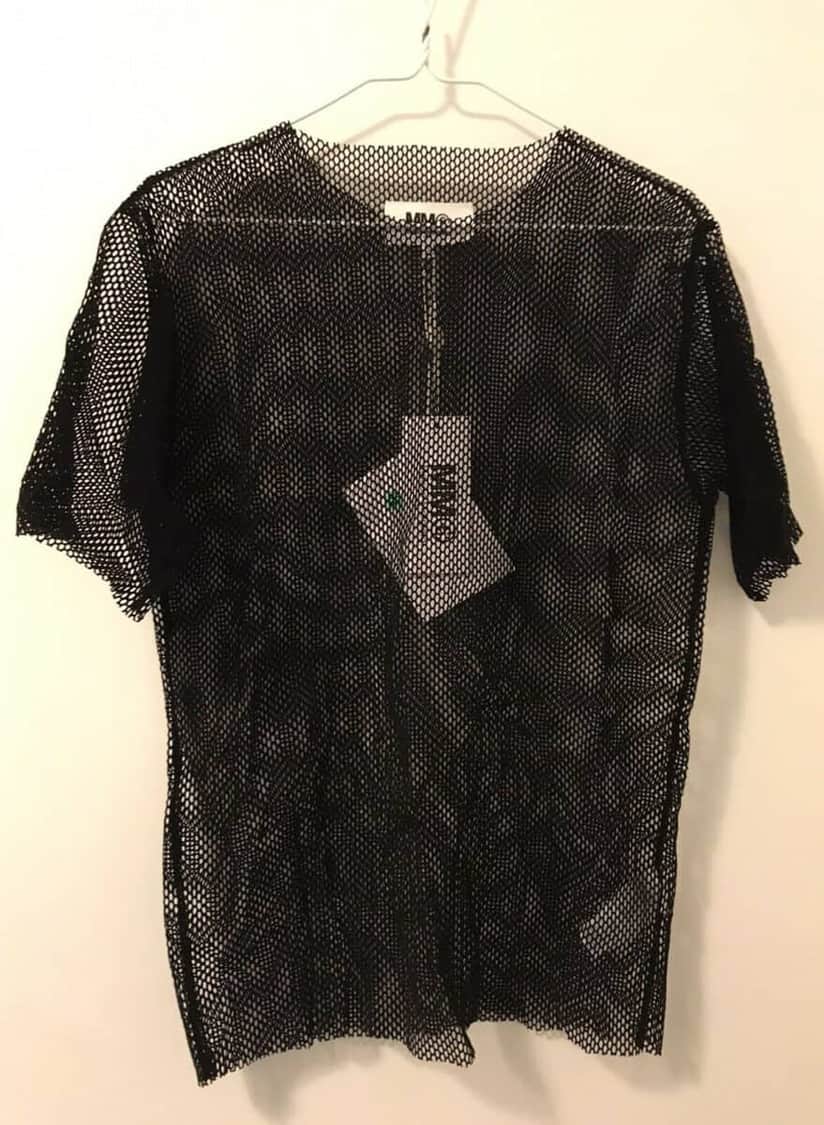 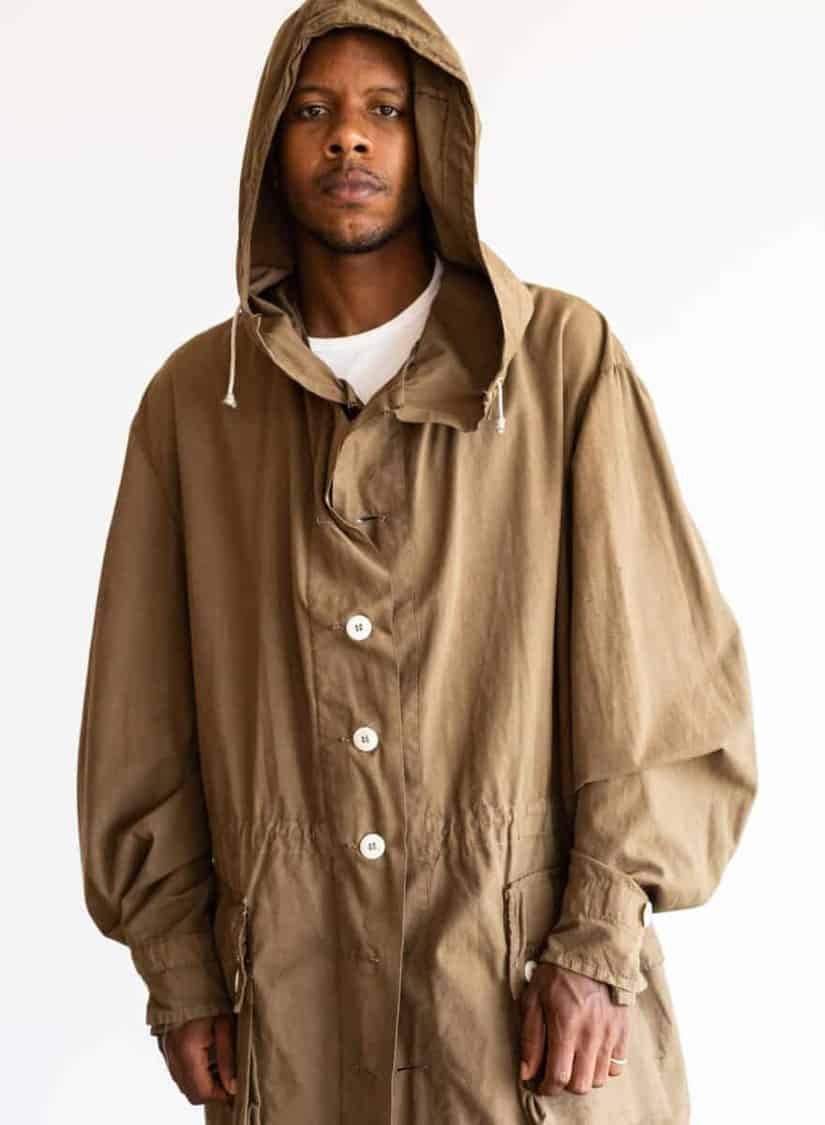 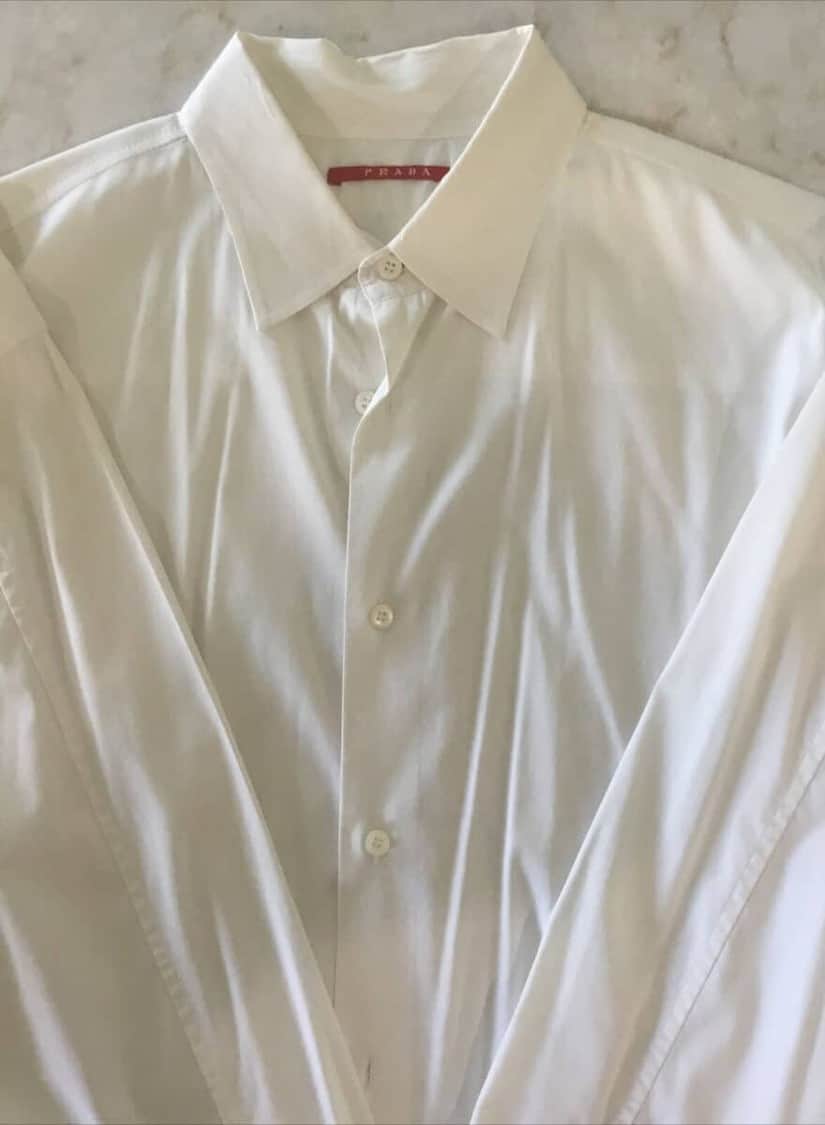 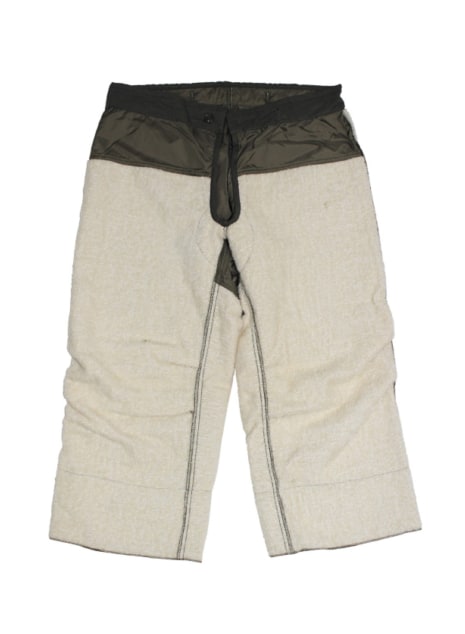 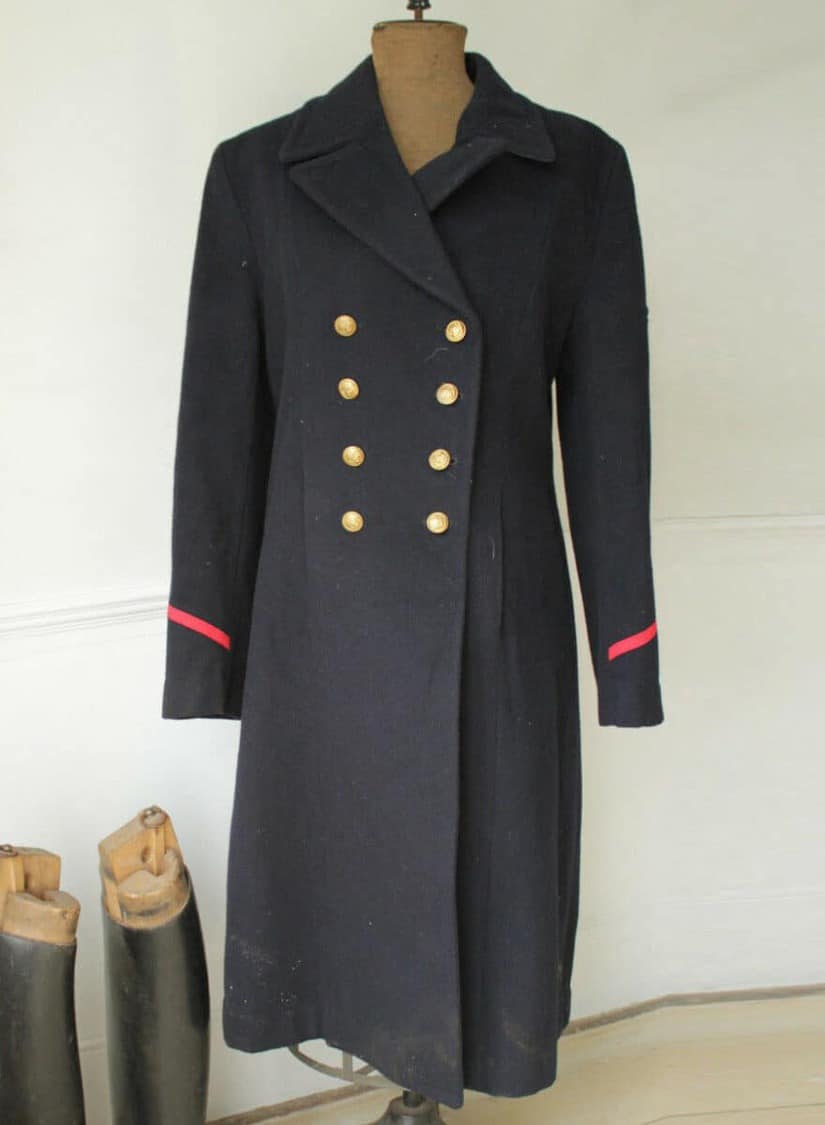 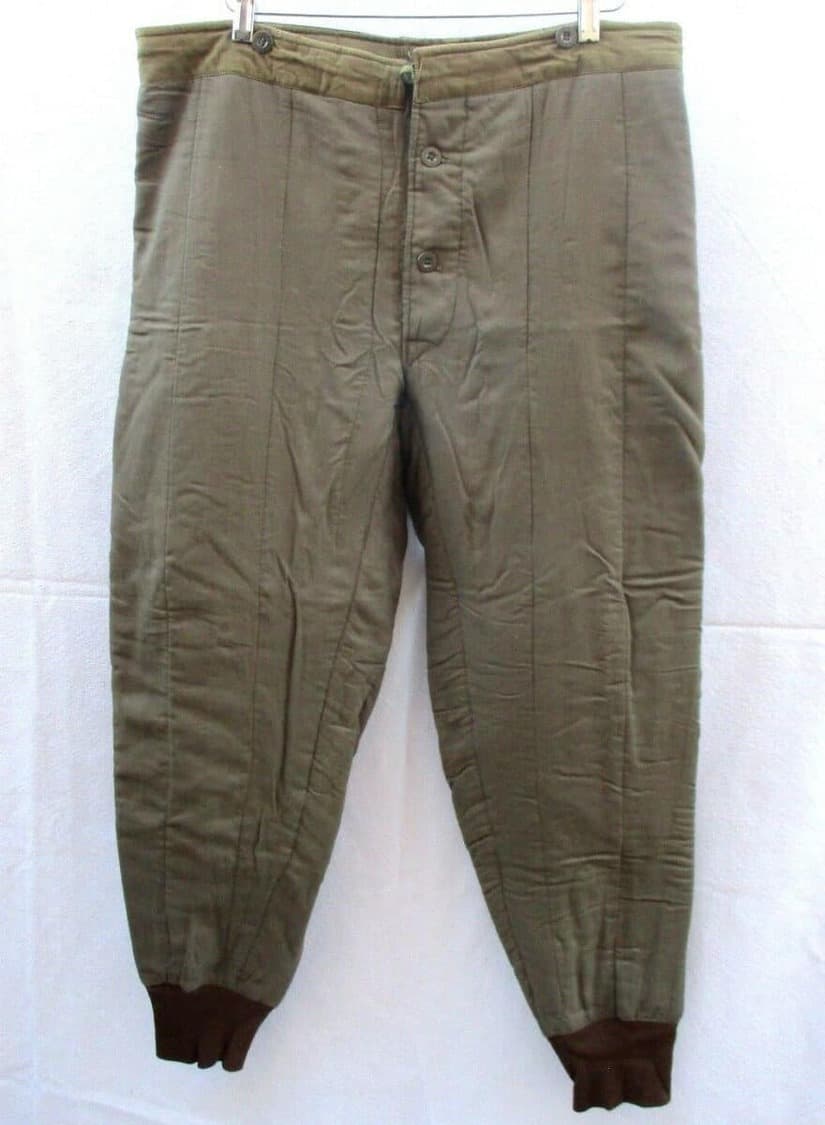 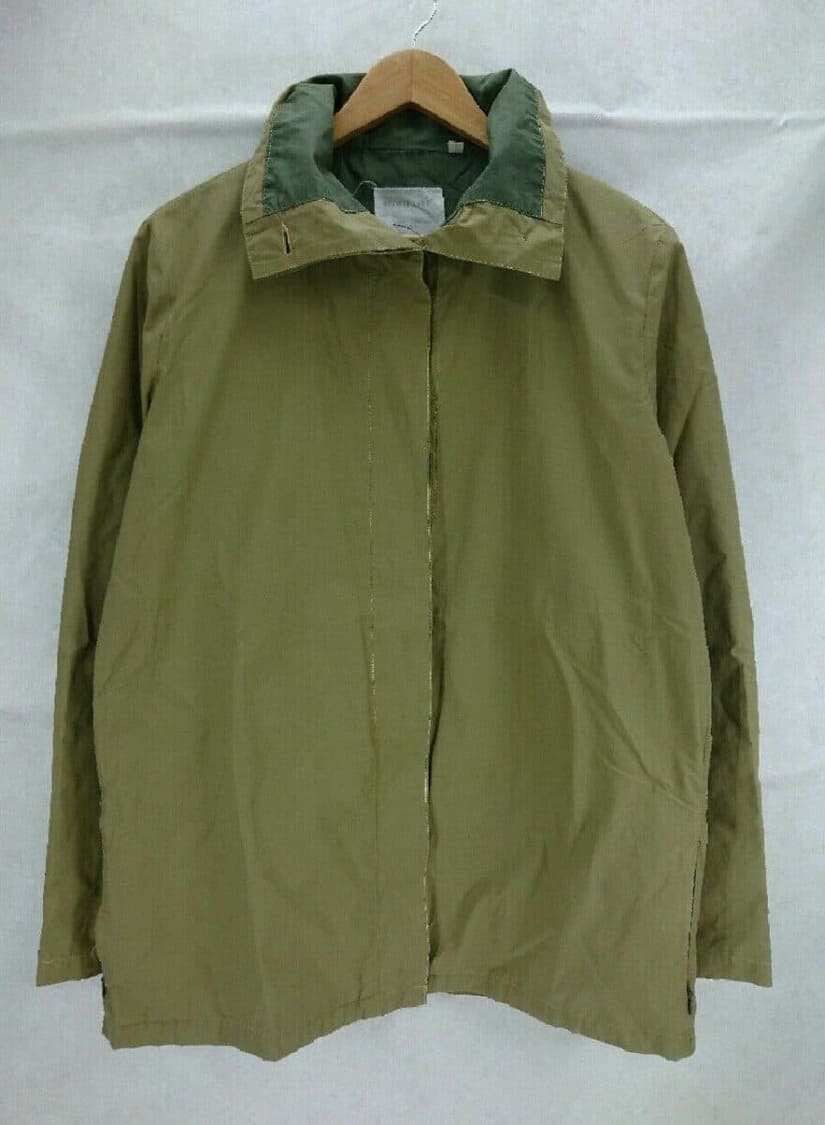 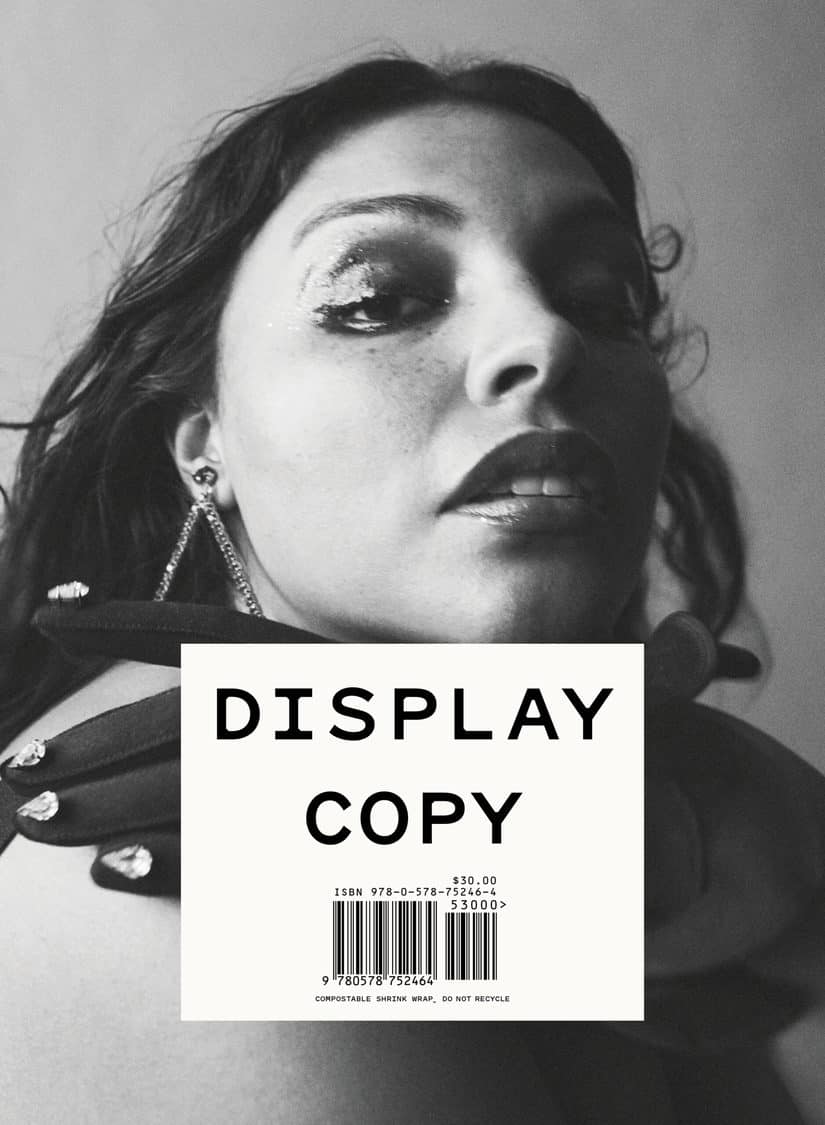 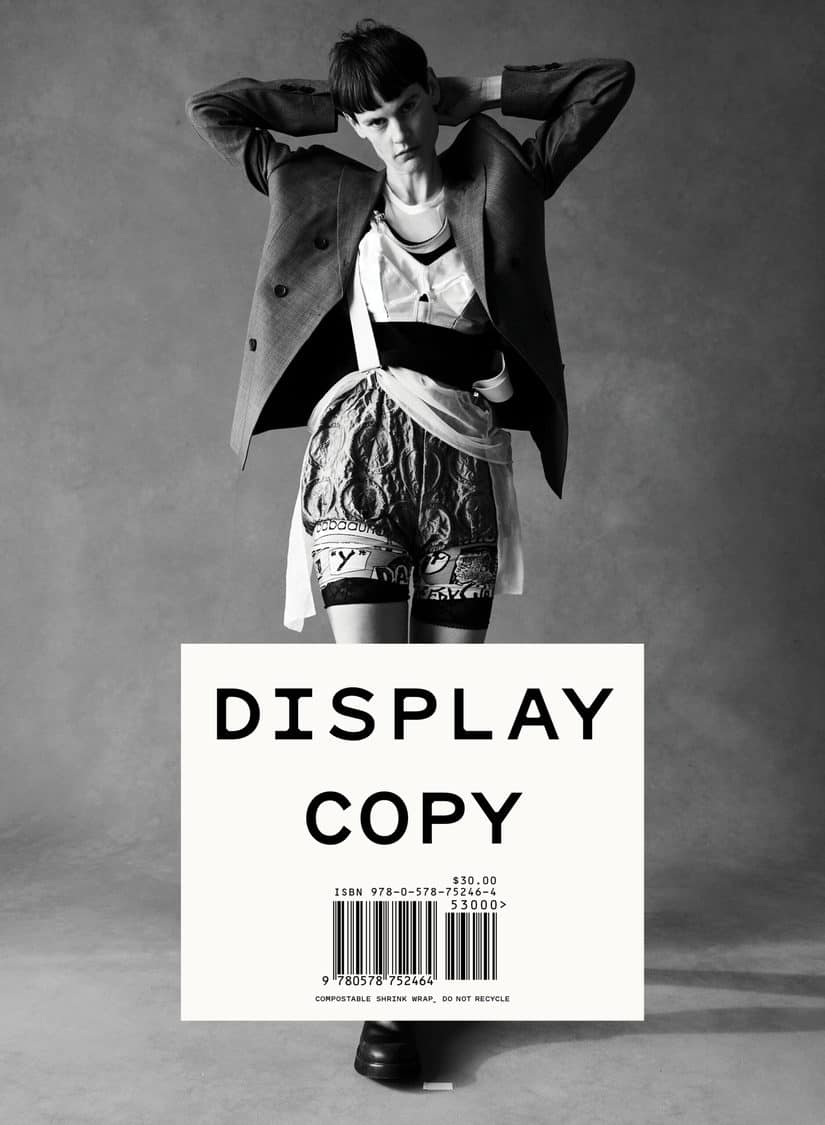 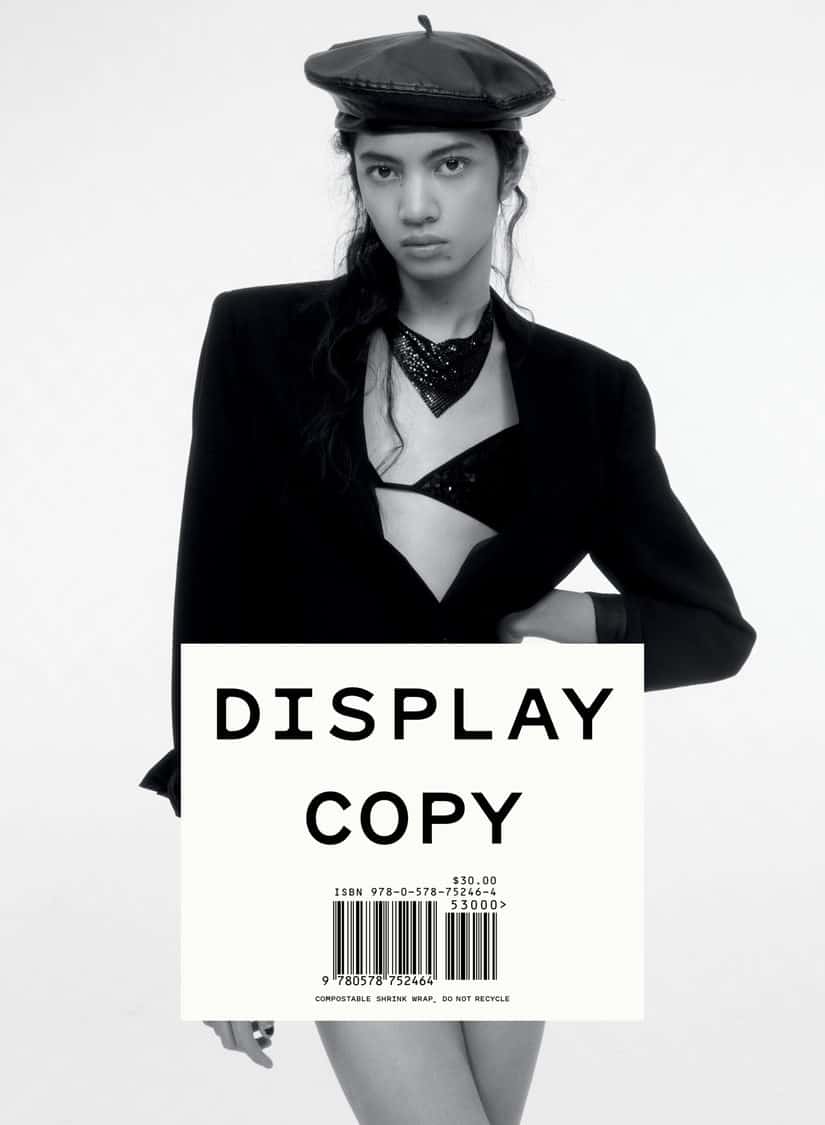 Issue No. 1_ HOLD THE FUTURE

SS/21 COLOR, BUT MAKE IT VINTAGE

Katerina Jebb documents pieces from the archives of fashion’s most storied houses.

Mark Borthwick Shares Never Before Seen Images And Poems From His 90s Archives.